Lucia is the first crowdfunded indian movie in Kannada language, far away from the average western-american comedies. Not just a feel-good movie. A very-feel-good movie.

Like an echo of a dream, the titles begin with a voice-over that wisdoms some ancient asian words about the nature of reality. Most philosophers, among them Jean-Claude Van-Damme, in every cultures asked the same question : are our lives real or are we just dreaming them ? What if we were just butterflies dreaming beeing human instead of the contrary ? Do not worry, you brainwashed movie consumers, Lucia contains a lot more simplier action than any Josh Whedon or Michael Bay‘s footage.

Sorry, Milla Jovovich‘s fans, Lucia is not a girl. It is a powerfull drug. Our hero, Nikki is an under-educated « torch lighter » who works in his uncle’s declining movie theater. To light the path of audience in the darkness in a room of dreams : such a powerful symbol his under-developed intellect is not even aware of. Nikki is too busy in his struggle for surviving, and exhausted by his recurring insomnia. Until that day, by night, he meets a dealer who sells him some pills of Lucia. Sleep. At last. But also lucid dreaming : in his dreams, he becomes Nikhil, a bollywood self-sufficient superstar. By night, everyone, too much people, loves Nikhil. By day, Nikki is not even suitable to marry, because of his social condition, and his dark skin. And there is no drug without side effects. If Nikki does not take his pill, his real life becomes worse, like a nightmare. With the introduction of a love interest, Swhetha, pizza waitress and/or a struggling actress, the lines between dream and reality fades slowly until an unexpected climax where tragedy and relief make sense.

Not a Satyavajit Ray movie

Lucia aired in indian cinemas in 2013 after meeting a great success in London Film Festival where we were lucky to watch it. Crowdfunded for an amount of 100 000 US dollars, the movie achieved its production, promotion and distribution. By the way, it overcame the huge obstacles of that other monstruous and stereotypical industry called Bollywood. As the creators emphases it in their communication, the first independant kannadian language indian film is a breakthrough. Into what exactly ? We don’t know yet, assurely more narrative freedom, more diversity of the human culture for sure.

Unfortunately for us, westerners, Bollywood and indian productions remain unknwon to the average moviegoer for many reasons. Even the gesture, and the prosody (melody and speed of the language) looks and sounds from another world. Whatever, all stories are universal at the moment they have a hero, a vilain, a mystery and some love – in any order you put them. Lucia does not try to escape the clichés of the genre like singing and dancing scenes, but that fits perfectly the story and gives characters and their actors a perfect way to express the range of their talents. An indian movie without songs would be like a Western without horses, or just a Satyajit Ray movie.

This very simple plot is accessible to the popular audience but is also clearly the product of a mastermind, Pawan Kumar, the author. So despite its allure of a thriller comedy, Lucia is also a lucid and satirical vision of the indian/kannadian society. Violent cops, discriminations, huge inequalities. To marry Swheta, Nikki applies to the job of cashier in a multiplex. During the job interview, his is unable to form a solid sentence in english instead of saying « tac-tac » for « lamp » and finally « cinema is like my mother ». Kannada is a 2500-3000 years old language spoken by 45 millions people. India counts more than 1 billion people speaking 21 different languages… Drops of water in an ocean dominated officially by Hindi… and English. So, characters use oftenly english expressions. By analysis, english words are spoken in specific situations where domination, seduction or power are in stake. Yes it shows the strong traces left by the Great-Britain, but also adds something spicy in the whole melange. Still, all songs and 90% of the dialogs are in kannadian, and the musicals mimic western pop-culture. Or is the contrary ?

Complex heroes. Accessible and intelligent plot. Good acting. Humour, and critisicism or at least observation. Uncertainty of the climax. These are the ingredients that Lucia mix to be the entertaining movie that the californian bollywood shoud take exemple of. Lucia reminds us of a classical american 80’s comedy that got the same ingredients, even stranges gestures and funny accents: Trading Places with Eddy Murphy and Dan Akroyd (John Landis, 1983). The drug then was « money » : it gives such power or illusion of power when you have some, or you die or have the illusion of dying when you don’t. Still no treatment found for this addiction.

Speaking of money, Lucia is available for a cheap price just by clicking this link. That would be a great encouragement for the filmmakers that have respected the intelligence of the audience (us), but also but for this faster and faster growing phenomenon of crowdfunding. Currently, « crowdfunding » could soon, or is already, another word to express the concept of « lucid dreaming ». 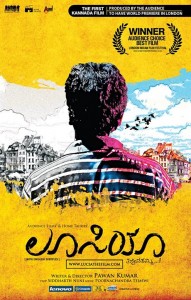 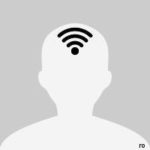